Vaud and Geneva offer an outstanding quality of life that draws many Swiss people and expats to both cantons. Although the two major cities and cantonal capitals, Lausanne and Geneva, are remarkably lively and dynamic, other municipalities are just as appealing and offer stunning locations close to Lake Geneva. Here are a few with a great deal to recommend them.

Between Geneva and Lausanne

The town of Nyon is ideal for families: it offers a range of educational establishments, a pre-school and after-school care system and holiday activities for children (thanks in particular to the ‘Anime ton quartier’ neighbourhood project). There are also plenty of playgrounds, parks and sporting activities to choose from. The nearby Signy shopping centre (municipality of Signy-Avenex) is also very convenient.

When it comes to culture, Nyon can compete with Geneva and Lausanne: it’s home to three museums (Lake Geneva Museum, Nyon Roman Museum and the Château de Nyon museum), a cinema, a public library (adults and young people), a toy library and numerous concert and events venues (such as Usine à Gaz and L’Elastique citrique) – not to mention festivals, such as the unmissable Paléo Festival Nyon, the Caribana Festival and Les Hivernales.

The town’s workforce numbers 16,000 (as of 2018). Major companies based in Nyon include Beckman Coulter (biomedical research), Hublot (watch manufacture) and Edwards Lifesciences (a leader in the field of heart valves). More generally, the sectors that ensure local economic activity include biotechnology, cutting-edge microtechnology, information technology and services linked to international NGOs.

Apartments and houses for rent in Nyon

Apartments and houses for sale in Nyon 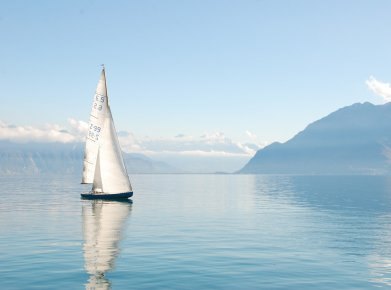 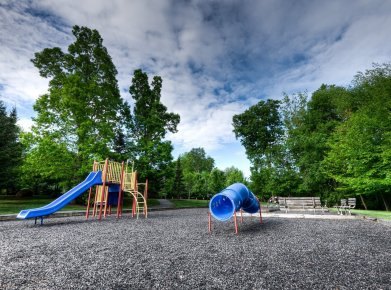 Those who wish to live closer to the city of Geneva might consider the Trois-Chêne area, which comprises the municipalities of Chêne-Bougeries, Chêne-Bourg and Thônex (with populations of 12,215, 8,708 and 14,122 respectively, as of 2018). Unlike market prices in the canton of Geneva, rents there are a little more affordable.

It takes 10 to 15 minutes to reach Geneva from Chêne-Bougeries by tram (lines 12 and 17). This residential community is often named among the most desirable municipalities in Switzerland and is a favourite among French-speaking Swiss. Families favour it for its wide range of educational facilities, its childcare options, its peaceful parks (Stagni and Sismondi) and sports activities (such as Belvédère swimming pool, with swimming lessons offered by the Chêne-Bougeries Natation club).

With its new railway station, the municipality of Chêne-Bourg is connected directly to the Léman Express commuter rail network, making it a strategic hub. Its parks, restaurants and many shops and businesses make it a very pleasant place. The municipality of Thônex is just as welcoming. There, too, you will find plenty of shops and businesses and cultural and leisure facilities. The venue thônex live, which plays host to some 20 concerts a year, is just one example.
Another jewel in Trois-Chêne’s crown is the green way, a pleasant way for pedestrians and cyclists to get around and which is also designed to ‘bring nature back to the town’ by restoring natural habitats.

Apartments and houses for rent in the region of Geneva

Apartments and houses for sale in the region of Geneva 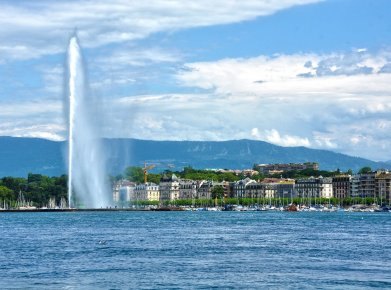 For now, let us leave behind the area around Geneva and move towards Lausanne. This city of 145,000 residents has a strong appeal, thanks in particular to its cultural life (Olympic Museum, Aquatis, Collection de l’art brut, Béjart Ballet, etc.), its student community and its many shops and businesses. Thus, there are many advantages to living nearby. Municipalities on the outskirts and in the surrounding area include Saint-Sulpice, Pully and Lutry. All three are situated on the lake. Saint-Sulpice is close to the Ecole Polytechnique Fédérale de Lausanne (EPFL), the University of Lausanne and Business School Lausanne, all of which are easy to reach by bus. Rental of a four-room property of 100 m2 in Saint-Sulpice will cost between CHF 2,500 and CHF 3,300 per month (as of 2019). Prices for the same property range between CHF 2,500 and CHF 3,000 in Lutry and between CHF 2,400 and CHF 2,600 in Pully.

Further east of Lausanne, not far from Montreux, is the municipality of Vevey and its population of 19,891 (as of 2018). The capital of Vaud is just 15 minutes away by InterRegio train. Vevey has a lot to offer: as well as its outstanding location on the banks of Lake Geneva, it also offers a great deal of culture (Musée Jenish, Alimentarium, Swiss Museum of Games and Vevey History Museum, Cinérive, Le Reflet – Théâtre de Vevey, Théâtre des Trois-Quarts, etc.), sports and leisure activities, a swimming pool, lively neighbourhoods with all kinds of clubs and societies and Manor Vevey shopping centre. As well as its schools, Vevey offers pre-school facilities (as part of the REVE network) and after-school care (a range of collective care facilities for children aged four to 15). Rental of a four-room property of 100 m2 in this family-friendly municipality will cost between CHF 1,900 and CHF 2,700 per month (as of 2019).

Apartments and houses for rent in the region of Lausanne

Apartments and houses for sale in the region of Lausanne 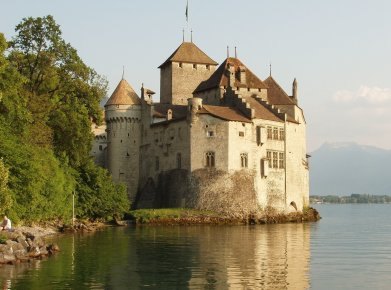