Difficult questions must be resolved when a couple goes their separate ways. Who gets the custody of the children? What is the distribution formula that should be used to divide assets? Since real estate is worth a lot today, something else is considered particularly tricky: equitable distribution of common property.

A divorce is statistically more common than many people think. Around 40 percent of all spouse and significant other/life partners will go their separate ways at some point. Well-meaning phrases such as “Hope dies last” are no help because it is of course emotions that determine the course that love eventually takes.

One of the most common pitfalls is the illusion that perhaps the relationship can be “mended,” that the couple will get back together again. Or people will try not to think about the fact that one day legal and financial issues will eventually come up. It would be just as bad the other way around, that is, to go through a divorce from one day to the next. At high speed, almost like a “quickie” marriage in Las Vegas. Except that it would be a “quickie” divorce.

What is participation in acquisition of matrimonial property?

Married couples getting a divorce can choose among community property, separation of property or, thirdly, participation in acquisition of matrimonial property. For simplicity’s sake, let’s take a look at participation in acquisition of matrimonial property. In Switzerland, this is considered the most common arrangement for working with married couples who are getting a divorce.

Dividing up matrimonial property is part of the divorce settlement. This means that the assets of both partners are divided into participation in achievement of assets that both participated in achieving and acquiring during the marriage, as well as their own assets. Participation in acquisition includes everything that the partners have acquired or “developed” together during their marriage. In particular, this includes income from gainful employment or social insurance benefits (e.g., old age and surviving dependents’ insurance, occupational pension benefits, unemployment insurance etc.). Everything that belonged to a partner before the marriage counts as a separate asset. This also includes inheritances or gifts that were bestowed during the marriage. Somewhat simplified: In the case of a divorce, each spouse is usually entitled to the current amount of property they own and half of the joint participation in the acquisition of matrimonial property and assets.

What is most critical in this type of situation is what happens to the house or to the shared apartment. In many cases, home ownership represents the largest common asset. Perhaps the two partners can agree on a certain allocation formula. Often, however, it comes down to the fact that the property is divided between the two partners at the current market value. This assumes, however, that both are registered as co-owners in the land register, which is quite common in a participation in the acquisition. Now everyone has a right to the share that he contributed to the purchase of the property (equity). The remaining assets from the participation in acquisition will be divided in half. 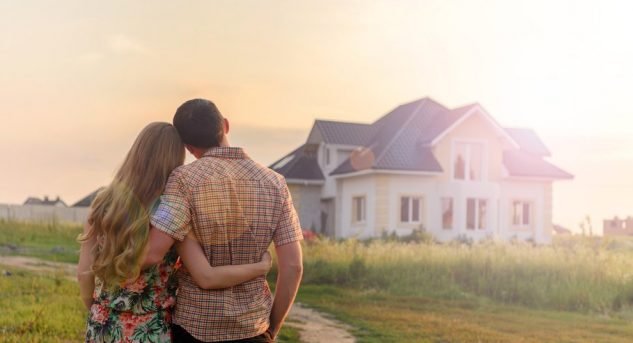 “Forever and ever.” Divorce creates difficult legal and financial issues if a couple has purchased and lived in a house together. (Image: fotolia)

Divorce: What is the house really worth?

In today’s environment, estimating a home’s fair market value can be challenging. Fair market value means: What proceeds could be realized if the home were sold? Any independent appraiser that the couple brings in to assess the house’s value bears a great deal of responsibility. For example, if the appraiser estimates the property at 100,000 or 200,000 francs below the actual value, then one of the two partners would be disadvantaged (the one who is paying out cash).

In order to dissolve the co-ownership, two variants are usually paramount:

Tip: If it gets tight financially, you should consider whether you could use pension fund monies as a type of financial aid. Or you could ask your relatives for a loan or ask to receive for an advance on your inheritance!

Florian Schubiger of Vermögenspartner AG in Zurich states, “In my experience, lawyers and courts are strongly guided by what would be most beneficial to the well-being of the children. The purpose of a divorce or a divorce decree would be that the children remain in the family home and one of the partners takes over the house.” 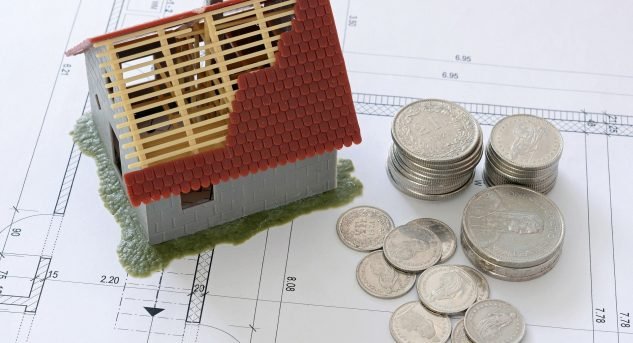 Estimating real estate value during a divorce: Often a person is not aware of the fair market value of their home until they’re ready to sell. (Image: Pixabay)

Divorce: Make provisions for everything?

In order to avoid conflicts about money, many experts recommend keeping an ongoing record of the funds and assets that one brings to a marriage and how current property costs are divided up. Of course, in theory that may be obvious and sound like a good idea. After all, keeping an inventory and  detailed accounting can turn out to be core documents and evidence. However, in actual practice in everyday life, it is often different, and many significant others/life partners or married couples do not record consumer spending, building maintenance, or minor renovation work in detail. But it is certainly a great help if couples at least document the origin of their own financial resources in terms of their own property in writing. Take the following example: If one partner is 100% responsible for acquiring the home through a gift that has been bestowed by his family, then he will want to have this share credited to him.

Another way to cover all cases or to establish certain rules of the game are marriage and significant-other/life partner contracts. It is customary for real estate financing and ownership be set down in writing. 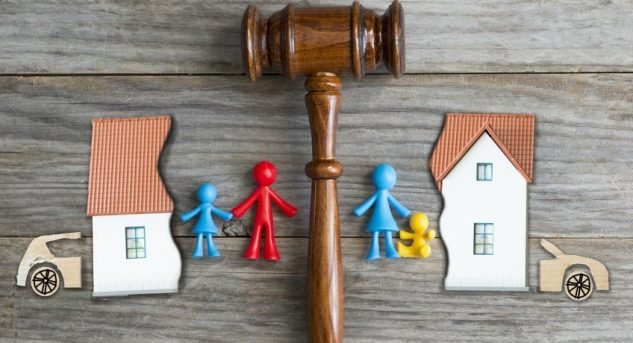 Divorce: Sometimes couples agree out of court, sometimes it takes a divorce judgment by the court. (Image: fotolia)