It sounds so easy: Build a few walls in the empty open-plan office, install a small kitchen and the dream apartment is ready. However, in practice this endeavor turns out to be a lot more complicated.

The housing situation in larger cities, such as Basel, Bern or Zurich, is often precarious. When an apartment is vacant, the list of interested parties is long and at the viewing appointment candidates line up at the front door. Housing is also in demand in the agglomerations. At the same time, according to a study by the Federal Office for Spatial Development, there are 17 million square meters of vacant industrial and commercial space in Switzerland. This corresponds to an area slightly larger than the city of Geneva and would provide housing for 190,000 inhabitants. The potential value of these vacant lots is estimated at 10 billion franks. 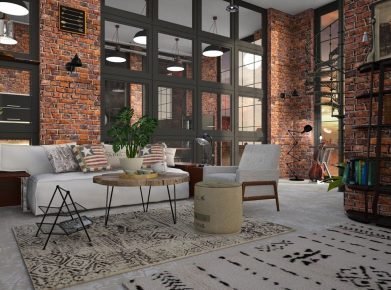 These numbers are likely to be much higher. According to a recent estimate, which also takes into account unused railway properties, vacant military sites or major infrastructures such as port facilities, there are as many as 25 to 35 million square meters of vacant commercial space. The reservoir of building zones is thus relatively huge for the small country of Switzerland.

Rezoning as an obstacle

If a person wants to convert commercial into living space, it requires zoning according to building regulations. But some obstacles have to be overcome.

– First of all, not all landlords are willing, for example, to turn their vacant offices into apartments because the conversion can be expensive. Per square meter of office space is calculated to cost 2,000 francs. However, these costs likely are made up for by rents later. This is how cheap office space suddenly turns into expensive rental properties. Apartments are subject to more stringent building codes than offices. Therefore, many owners hope to find a financially strong tenant for the offices in the foreseeable future and refrain from rezoning for the time being.

– If the owner finally submits a request for rezoning, the bureaucratic path is quite expensive. When the property is located in a purely industrial area the rezoning is rejected in principle. There are at most caretaker apartments possible. Better opportunities exist in a mixed zone with commercial premises and apartments. The application goes through about a dozen official offices in the canton and is answered on average within three months. Properties that were previously used as living space before they became commercial premises have the best prospects. These include, for example, shops, doctors‘ surgeries or law firms, which will be rebuilt into flats. 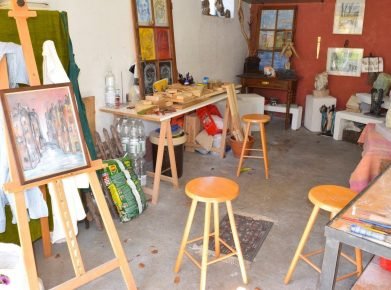 The federal government has been trying for some years to facilitate zoning. Vacant warehouses are generally located in agglomerations, where there is also a great demand for housing. The vacant premises often are at most a 10 to 15 minute walk from a train station and are already located on access roads. When they are used again, the costs are lower than those for cultivated land on the „green meadow,“ which has to be redeveloped.

Can a person sleep in the office?

Last but not least, the question arises as to whether one can spend the night in the office after work. Although not necessarily recommended, it is not prohibited in principle. Part-time living, for example in a studio, is permitted. As a rule of thumb, three nights a week are allowed; with four or more it becomes critical. Permanently living in commerial space remains illegal.